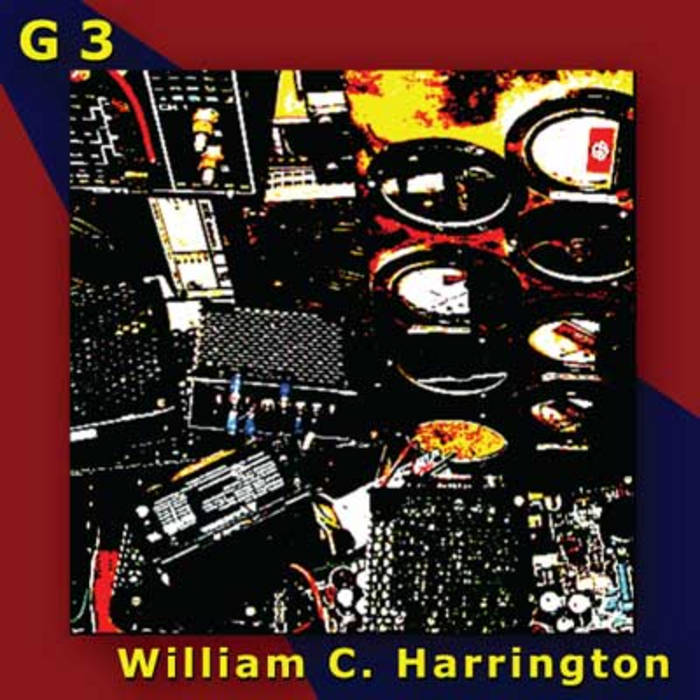 A collection of improvisations recorded at various times in various locations.

Electronic composer, keyboard and saxophonist, William C. Harrington was born in Yonkers, New York. At Cal State U Dominguez Hills, he studied composition, performance, and electronic music with Richard B. Evans, author of the classic book on John Cage, "The Well Prepared Piano". He was also influenced by seminars with several composers including Nicholas Slominsky.

After leaving college he worked in the wholesale record industry for two years before going on tour. He worked as a keyboard technician for several bands, including Gentle Giant, before beginning a three year working relationship with Frank Zappa. (This included three America tours, two European tours, spending several months in the studio working on the album "Baby Snakes" and making a brief, credited appearance in Zappa's movie, "Baby Snakes"). He was with Zappa in Paris when Pierre Boulez first visited.

Upon returning to LA, he attended the UCLA Extention Music Business course where he was awarded two NARAS scholarships. He studied record production with Nick Venet (producer of The Beach Boys, Creedence Clearwater and many others).

His first two CDs, Urban Electronic Music, and UEM Live received good reviews and airplay on NPR, college and indie radio stations. In 2006 The American Composers Forum awarded him a SUBITO grant to help defer the cost of his third studio CD, Nuclear Menace which was reviewed favorably in the fall/2007 issue of Signal to Noise Magazine. His current release, Science Can't Explain It, was released this year. He has recently performed at the REDCAT in the Walt Disney Concert Hall, ResBox at The Steve Allen Theater and the SASSAS presentation based on the Scratch Orchestra Draft Constitution.