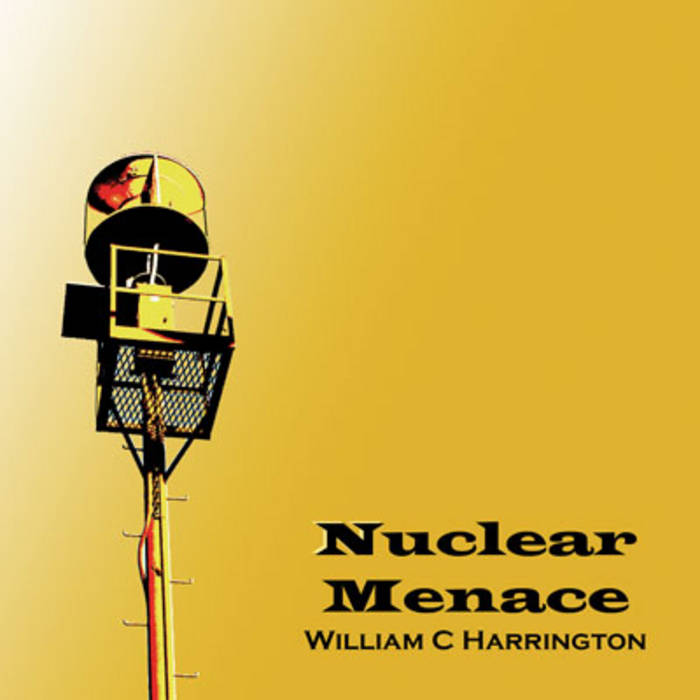 William Harrington was born in Yonkers, New York. By the time he was a sophomore in high school, he was working as a professional musician. While at Cal State, Dominguez Hills he studied composition, performance, electronic music, and prepared piano techniques with Richard B. Evans, who authored the classic book on John Cage, “The Well Prepared Piano.” He was also influenced by seminars with several composers including Nicholas Slominsky.

After leaving college he worked in the wholesale record industry for two years where he amassed a sizable collection of electronic and avant-garde recordings before going on tour. He worked as a keyboard technician for several bands including Gentle Giant, before beginning a three year working relationship with Frank Zappa - including three American tours, two European tours, spending several months in the studio working on the album "Baby Snakes" and making a brief, credited appearance in Zappa's movie, "Baby Snakes". He was with Zappa in Paris when Pierre Boulez first visited.

Upon returning to LA, he attended the UCLA Extention Music Business course where he was awarded two NARAS scholarships. He studied record production with Nick Venet (producer of The Beach Boys, Creedence Clearwater and many others). His first cd, Urban Electronic Music, has received good reviews and airplay on NPR, college, and indie radio stations. In 2006, he was awarded a SUBITO grant by The American Composers Forum.

His first CD, Urban Electronic Music, was constructed using loops recorded over a 30-year period, analog and digital synthesis, as well as traditional instruments and found objects. It has received good reviews and airplay on NPR, college, and indie radio stations.

Recently, he has performed at The Ventura New Music Festival, electro-music 2006 (Philadelphia), Make Music New York, and appears in the indie film, 40 Bands in 80 Minutes.

William C. Harrington – NUCLEAR MENACE: With all the threat the title implies, William pounces on your senses with this collection of 15 sonic vignettes… as always, he doesn’t just stick to “one” format; the sounds are varied and most interesting. I particularly enjoyed the second cut, “The Ventura New Music Authority“, with it’s slow bell/chime sounds & incisor-like drill sounds – it’s like a “less harsh” industrial grind kinda’ thing! It was actually “Rockitt II” that snagged my ears & wouldn’t let go, though… my favorite track, albeit a bit short… the keyword on almost all of William’s music (that I’ve listened to, anyway) is “subtle”; do this with HEADPHONES. I give him a HIGHLY RECOMMENDED for this one, with an “EQ” (energy quotient) rating of 4.96. Get more information at www.urbanelectronicmusic.com

The complete list (in no particular order) is here :
www.doncampau.com/bestof2007.htm

"As a result of some very enthusiastic reviews from GarageBand.com members, "Organon The Instrument" will be Track of the Day at GarageBand.com.

For 24 hours on Monday, the 3rd of December, 2007 (PST) "Organon The Instrument" will be featured on GarageBand.com's Ambient front page"

Keyboard tech for Gentle Giant and Zappa, briefly appearing in the Baby Snakes vid, this guy has street cred and his third release was mastered by Scott Fraser, who issued the impressive Natural Histories before working with Kronos Quartet. Merely by those facts, though, the CD mightn’t be what you’d expect. A cross between Craig Leon, John Wiggins, Conrad Schnitzler, and Bill Nelson’s later output, the disc is a cross-blend of pastiches, noodling, and melodic miniatures with no narrative threadline nor even a seeming wisp of intent but plenty of aesthetic pleasures, from stripped obliquities (“Syd”) to a Riley-esque Arabian mosaic (“Rajilli: They Have the Bomb Too”) to loopy experiments (“The Long Descent”). The rather abrupt shifts in setting can be a trifle disconcerting, but one can’t help but feel it was part of the plan, instilling an intermittent sense of sensory alienation and dislocation. Synths comprise the majority or voices but Harrington also plays sax and guitar while inviting several guests in. The longest of the 15 cuts are just seconds over five minutes but “The finally Did It” and several others prick the desire for much lengthier extrapolations. Nothing is demanding but repeated listens begin to unfold subtleties not immediately graspable. However, don’t invite the neighbors over for the sound test, as they mightn’t understand, never having quite understood why you insisted on blasting the soundtrack to Forbidden Planet at midnight last week. Mark S. Tucker, Signal to Noise magazine


" ... William C. Harrington’s sub-sonic shuffle “The Long Descent,” on his latest release “Nuclear Menace.” You have to love Harrington’s cracked sense of humor (the single word “BOOM” faces those who open the jewel case) and personal vision– like Harrington’s prior disc “Urban Electronic Music,” “Nuclear Menace” is a jarring hodge-podge of sounds– evocative, overwhelming, disturbing, peaceful. I will cheat– you should just hear this one to see why.

I almost forgot – don’t neglect to notice Rune Freeman and Seth Kasselman’s (of Warm Climate, duh) contribution to the disc, on “Rockitt II”. Huge craziness, I will leave it at that... "

Composed and recorded between April 2006 and April 2007. Recorded at the WCH Electronic Music Lab - except Rockitt II, which was recorded live at Dangerous Curve on November 19, 2006 and Il Corral on December 08, 2006.