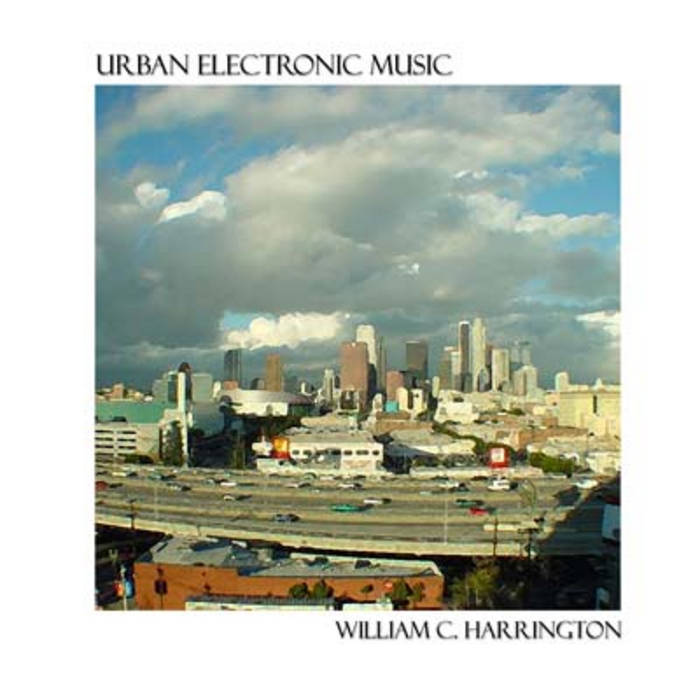 William C. Harrington was born in Yonkers, New York. His grandmother played piano at silent movie theaters: by the time he was a sophomore in high school, he was working as a professional musician playing parties, roller-skating rinks, and more.

While at CSU Dominguez Hills he studied composition, performance, electronic music, and prepared piano techniques with Richard B. Evans, who authored the classic book on John Cage, “The Well Prepared Piano.” He was also influenced by seminars with several composers including Nicholas Slominsky.

After leaving college he worked in the wholesale record industry for two years (where he amassed a sizable collection of electonic and avante-garde recordings) before going on tour. Working as a keyboard technician, he toured with several bands including, Gentle Giant and Frank Zappa (making a brief, credited appearance in Zappa’s movie, “Baby Snakes”). He was with Zappa in Paris when Pierre Boulez visited.

Upon returning to LA he attended the UCLA Extension's Music Business course where he was awarded two NARAS scholarships. He studied music business, law, and management - as well as record production with Nick Venet - producer of The Beach Boys, Creedence Clearwater and many others.

Recently, he has performed at The Ventura New Music Festival, electro-music 2006 (Philadelphia), and appears in the indie film, 40 Bands in 80 Minutes.

Urban Electronic Music is unlike any other cd you've ever heard. It will transport you into a different world. No two tracks are alike and they have to be listened to several times to hear everything.

Use Urban Electronic Music as a soundtrack to alter you conciousness and change your life.

[on the back porch - moonrise]

[I heard it – so did you – something this way comes – circus of freaks in buses – reality Ruth! – epileptic, schizophrenic manic depressive]

[path and undergrowth – signs of life – hidden safely – observant eyes – who has seen the wind – tendrils and claws – shake, rattle and roil]

[repetition is the mother of learning – wisdom is the fountain of life – living provides examples of consequence – stay on the path!]

[precious fragility – the imposition of time and demand – attention dwells – think outside – a breath of fresh air? – six sides are enough]

[the saint? – the devil? – why only one? – traumatize and fantasize a willing reality – no chance for regrets – one foot in front of the other]

14. I Slept Through Vespers


I’m not what you’d call a “big-city” person. So when the Angry Vegan Records release “Urban Electronic Music” by William C. Harrington arrived, you’ll have to understand that the title didn’t conjure a whole lot of positive images for me. In my limited experience, “urban” is too many people, too little privacy, not enough green– all the best excuses to live somewhere less intense. “Urban” is somewhere I’d visit, but wouldn’t want to stay.

If Harrington’s intent is to capture this feeling, I think he does it well. Don’t get me wrong, I’m enjoying the album quite a bit. It’s a fascinating trip to take! Like any good-sized city, Harrington has populated his album with a diverse set of voices– Arp 2600, E-mu Classic, and VK-7 keys clamor for attention alongside bowed guitar, cell phones, loops, saxophone, salad bowls, and a host of other unlikely objects.Within many tracks, like “I Slept Through Vespers” or “Cuckoo to You,” distinct sound events play a lesser role; with more of a blended, futuristic, electroacoustic feel. However, some tracks, like “One for Nick,” sound dated– I had some similar synth percussion presets on my old Casio– but isn’t part of the “urban” experience the contrast and layering of old and new? Would a city like St. Louis or Chicago (or Memphis!) retain any of its flavor if it stayed “updated” all the time? Oddly enough; one track on the album, “Enola Gay,” really is dated– 1973, to be precise– but fits so well you won’t suspect a thing.

“Remnants” seems to best reflect this layering, with Harrington providing a real hubbub of activity. This track best reflects the vibrant “aliveness” present in a city like New York, where the pattern and activity of the city itself seems to take on a life of its own. For a one-man album (composed, realized, produced, and engineered by Harrington) it’s a marvelous accomplishment.